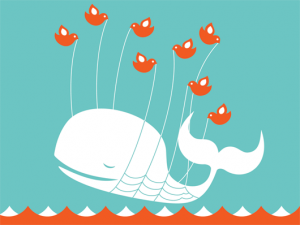 Many opinions out there say that the best time to send a tweet range from 12pm-4pm Eastern time. Social Media Marketing experts have been experimenting with timing and frequency of tweets. One expert sent a tweet at 7pm and then again at 7am the next morning. He concluded that if your goal is to send people to a blog post, sending the same tweet twice is recommended. This comes from the assumption that a person following you is more likely to want to see the content that you are sharing, therefore two is better than one. Plus, people generally have patterns at which time of the day they’re using social media so chances are, you’re getting wider visibility by posting a tweet twice.

Statistics from this particular study went like this. 399 people clicked on the link offered by the 7pm tweet. For the second tweet at 7am the next morning, 244 clicked on the link. Further, if sending a third tweet later in the day, the link would get, on average, 50% of the clicks as the morning tweet. This concludes that there are still people at that time who haven’t seen the tweet but would like to.

So three tweets might be a bit much but two is definitely recommended. As long as you’re varying the times of day and shaking it up a bit. Also, you could tweet the same link twice but change the text of each tweet. For example, choose a couple of different quotes from the story or post that you’re sharing and use those to draw people into the link. There is a downside to this strategy. You run the risk of potentially driving people to your blog post that they may have seen already which could be annoying to some.