Television series sets and music collections are often accompanied by specialty packaging. Most likely produced in large runs, these box sets always have a unique, custom aspect. This example, from Packaging of the World, is for an HBO series called Roma. The black, two piece slip case and box have a sleek and upscale look that extends the series’ theme; Secrets of an Empire. The custom box adds value to the entire series package, and as an added touch- a textured red paper with printed graphics adorns an already esthetically-pleasing display. 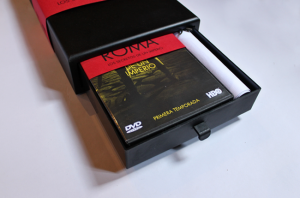 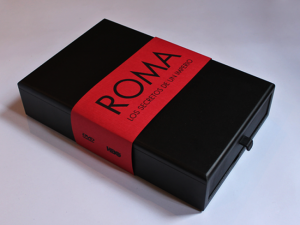