For a long while I’ve wanted a watercooler topic to call my own. You know, something everybody is buzzing about Monday mornings. But since I’m not really up on real-time TV shows and sports is another language to me, I’ve struggled to find something to make a tradition out of.

That’s why I gravitated so quickly to the #WhatDidYouPlayMondays hashtag on Twitter. Pioneered by Geeky Goodies, the WDYPM movement encourages board gamers to post about what games they played over the weekend. Board and tabletop games are already great for increasing social interaction, but WDYPM takes it to the next level, connecting gamers around the world. A virtual watercooler for sharing your weekend gaming experience.

So What Board Games Did I Play this Weekend?

It was a pretty busy weekend for me, but I did get to play a few different board games, including two I’ve been meaning to check out for awhile. The one I want to zoom in on is Ravensburger’s Labyrinth, designed by Max J. Kobbert. 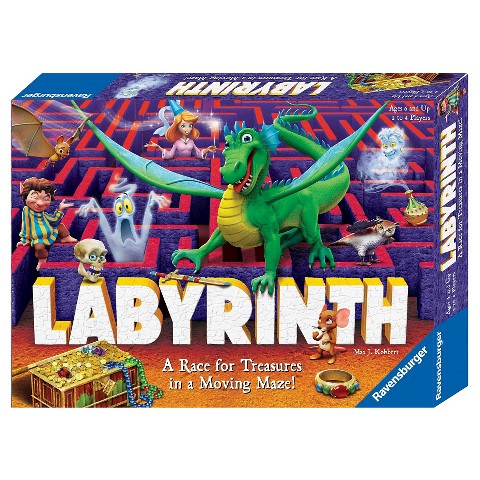 Labyrinth has been around for awhile and for a good reason: it’s simply a great game on all points. Easy to learn and deceptively strategic, Labyrinth proved to be one addicting board game. I was hooked from the moment I opened the box.

Like a good custom box should, Labyrinth’s packaging boasts colorful, kid-friendly graphics that will entice players of all ages. This version of the game has updated graphics and a beautiful turned edge box with a bright green dragon on the cover–definitely hard to pass up. It also sports the tell-tale Ravensburger blue triangular logo in the corner, which sends a message on its own. It was easier to invest in this game knowing it was from a trusted gamemaker. On the flip side–literally the flip side of the presentation packaging–the game includes a brief blurb about gameplay, a shot of the full board along with a few examples of cards. Along the side the game box has a contents list and an age range. The only thing I’d like to see in addition is a play-time gauge, but after playing this game, I understand how varied it can be with this particular game.

I was eager to get to playing. I had heard lots of good things about this particular game, and the unboxing only urged me on. I’ve never punched cards and tiles so fast. Even as I did, though, I was impressed by the quality of the chipboard tile. It’s impossible to get a true turned edge with punch out tiles, but the ones in Labyrinth are thick and sturdy and made of a very hearty cardstock. Definitely felt like I got my money’s worth right out of the gate. 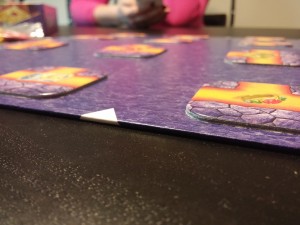 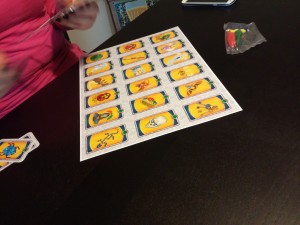 I’ve seen board games and I’ve seen tile games, but this is the first one that had both. Labyrithing includes a die cut game board with turned edges and tiles. In fact, the board itself has tiles firmly affixed to it. The combination of the two gives Labyrinth its unique play mechanic.

With one extra tile to be pushed into a row or column, a player is constantly rearranging and reshaping the maze that forms Labyrinth. It is so deceptively simple, yet subtly tricky, that I found myself plotting ahead as much as I found myself saying aloud Man, this is cool! 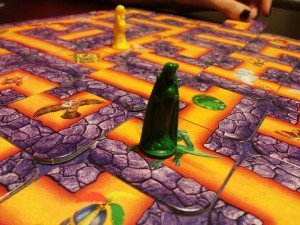 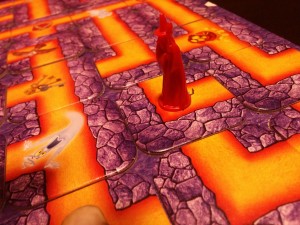 We weaved our detailed miniatures–very cool witches and wizards–through the ever-changing maze, claiming treasures and trying to cut one another off at every pass. While I lost both times (losing is just par for the course for me, as I’m sure you’ll find out) I still enjoyed playing. Turns were quick and active. A lot of the game was very head-to-head, which is important to a “loser” like me. Never did I feel like the big W was out of my grasp.

When it was time to pack up, I was curious how Labyrinth was going to pack up in the game box. After all, the game components–save for the minis–were all punch-outs. But this game was a custom packaging dream.

The game box boasts a black custom thermoformed tray with slots for the cards and tiles and even the miniatures. The color adds a sense of class, while the tray itself made for a clean organization for all the pieces. There’s nothing worse than having to take a beautiful and intricate game and basically just throw it in the box willy-nilly. Luckily, Labyrinth’s custom presentation packaging doesn’t suffer that fate. 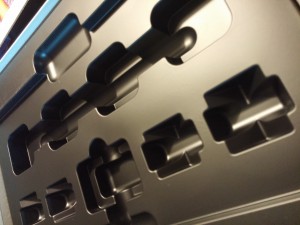 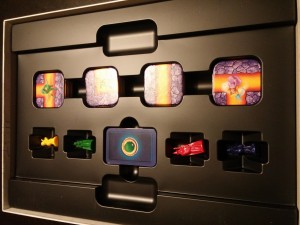 Then I noticed what the recessed cavity was for: there’s an extra slot to snugly fit the gameboard into the plastic tray. As both a packaging fan and a condensing aficionado, this custom game box took the cake. While it didn’t pass the “Turn Upside-Down Test” it did come closer than most games. 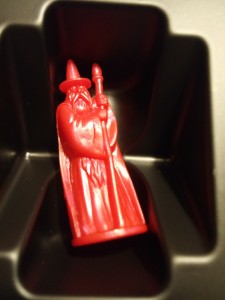 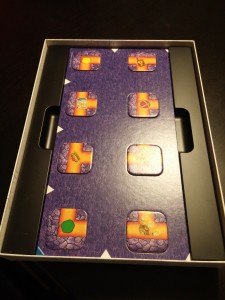 Bottom line: Labyrinth is a great game for the whole family, or even for a couple short on time. They can’t all be 5-hour epic gaming sessions, folks. Let’s be honest. The presentation is very polished (due in large part to the custom plastic tray) and the rigid chipboard used here doesn’t have that “cheap feeling” that plagues a lot of games in this age of mass production. And everybody loves a good fantasy theme. 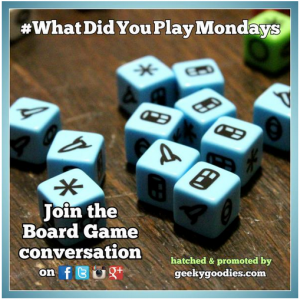 Keep up with me and everybody using Geeky Goodies’ #WhatDidYouPlayMondays hashtag, and be sure to remember Sunrise Packaging, Minnesota’s own presentation packaging experts, when it comes time to print and package your custom boardgame.