Twitter brand pages may see some changes as a report from AdAge.com suggests. The brand pages were launched in December but Twitter hopes to add to those experiences with e-commerce, contests and sweepstakes. E-commerce capability may soon be coming to bridge the gap between Tweets and sales to help companies determine the actual value of Twitter as a social media marketing tool. 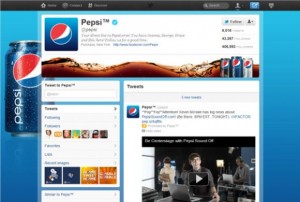 The report states that Twitter is underway to develop a new series of features for brand pages that will allow businesses to customize their brand pages. Some potential additions include e-commerce capability, contests and other elements that can lead to direct conversation from Twitter.

The report by AdAge suggests that the commerce-friendly components of brand pages will look like regular Tweets and will appear within the timeline of any businesses using the site for marketing. the commerce options are more likely to be given special treatment within the timeline, but will still be held to a limit of 140 characters as users add videos and other visual content to their pages.

The report was just released so there is little known so far about the potential feature actually being implemented as of now. However, Twitter has been telling its clients a roll out this year is to be expected.

“Brafton recently reported that Twitter’s growth has placed it above the 500 million-user mark, and it’s likely that it will surpass the 1 billion point at some time in the next year and a half” (Brafton). Twitter’s revenue is expected to reach $259.9 million this year, up from $139.5 million in 2011, according to eMarketer.