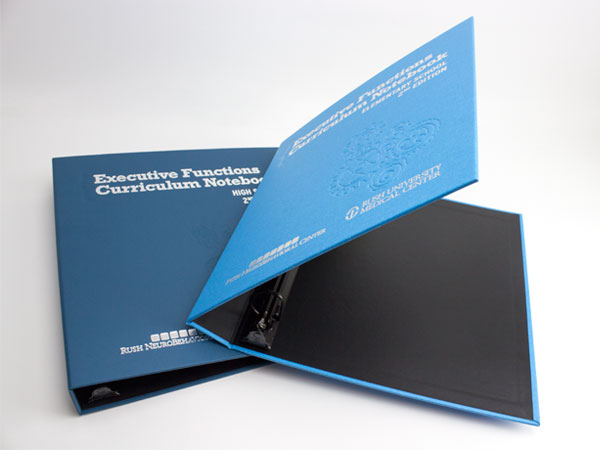 Learning and retention are hot topics for any trainer, but less so for professionals whose primary role focuses on something else. Typically, the human resources department of an organization is tasked with ensuring that employees know and understand the basics of their new job as well as build on that knowledge. There are many methods to utilize when creating training materials, and far too often, organizations focus on the format in which the materials are handed out and less so on the quality of the products. This is where Sunrise's high end binders--specifically, turned edge binders--can save you from yourself.

Turned edge binders are ideal for HR trainings for a few reasons. When an employee wants or needs information on something specific, they're unlikely to access an elearning module, search through it for the information they want, and come away from it with a positive outlook. However, being able to grab a quality binder and quickly flip to the information does. Turned edge binders also provide a tactile experience, which for some learning styles, is more effective to help employees retain information. This isn't to say that a hard cover binder should replace elearning modules or more interactive formats. But a binder to supplement and complement information is always a plus. Some things which HR departments need to consider when creating materials include these facts about adult learning:

But why turned edge binders?

Sunrise has many types of binders, but we love turned edge. They have a (literal) longer shelf life since they tend to be more durable. The customization is also higher than other styles, as the covers can be printed digitally or offset to match your organization's branding. Add ins, like pockets and adhesive trays, also increase their functionality.

What type of training does your organization provide? And how much did you remember a week after it was over? I bet you wish you had a binder. 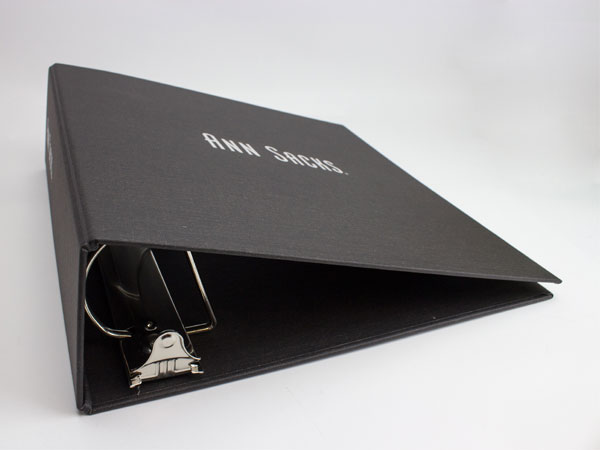 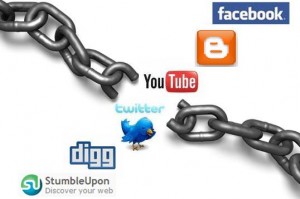 If you read our blog post from May 5th, 2010, we shared a study conducted by University of Maryland’s International Center for Media & the Public Agenda. This study featured 200 students who had to live 24 hours without social media. This meant no access to Twitter, Facebook, email, and even texting. The students in this study wrote blogs about their experience without social media and lets just say it was a traumatic challenge.

Now a year later a new study is released that went global this time. They asked 1,000 students from the United States, Latin America, Africa, the Middle East, Europe, and Asia to abstain from social media for 24 hours They were asked to report on any successes and failures during the experience.

Highlights of the study were interesting. Students actually used the word addiction when asked about their social media usage. Some reported that they felt depressed, lonely, and even shaky without having a social media connection. They also reported that they felt like they lost apart of themselves without social media. This led to confusion and a sense of loss. It wasn’t just access to social media these students lost for a day, they also lost email, music, news, and entertainment. So not only is social media how we stay connected with others and the world, but it is also a way of life. Social media is how people manage their lives and how they communicate.

Although this study shows that a year later we are still addicted to social media, it also helped students realize their dependence. As we are becoming a society that uses social media in our everyday lives, businesses should put their own perspective on the matter.  Marketers and advertisers should harness the benefits of social media for their business. This study should help businesses learn how to use social media and understand how consumers use it. Marketers and advertisers will be at full advantage if they can figure out how to use social media to better their business and attract new customers. Social media has so many facets to choose from, giving businesses the chance to experiment and find what works and what does not. 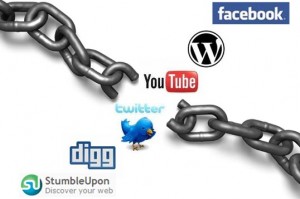 In a recent blog post, we shared some very interesting stats about the growth of social media use. Taking it a step further, we look at a study conducted by the University of Maryland’s International Center for Media & the Public Agenda. The study, “24 Hours: Unplugged”, took 200 students and stripped them from social media for 24 hours. That meant no iPhones, texting, laptops, twittering, Facebook, and email. Some of you are shaking right now…

By reading the blogs from some of the students, not only was being “unplugged” a challenge: it was traumatic! The study reported that a few descriptions from the student’s experience were documented over and over: “In withdrawl”, “Frantically craving”, “Very anxious”, “Extremely antsy”, “Miserable”, “Jittery”, “Crazy”.

One student’s post read: “I clearly am addicted and the dependency is sickening”. Another one said: “I noticed physically, that I began to fidget, as if I was addicted to my iPod and other media devices”.

American college students struggle to function without their media connection to the world. Some students even failed to go 24 hours. While trying to avoid new technology and blaring TVs, the students found themselves surrounded by them regardless. Many students noted how it was “boring” to walk around without an mp3 player providing a soundtrack for their ears. When cut off from social media, many students felt cut off from other humans like they were living in isolation. The research also found that the friendships and relationships of these 18-21 year olds were dependent on technology.

Many students had been appalled when the assignment was announced.  They were skeptical about the purpose and even fearful about going without media for such a “long” period of time.  Many students admitted that they had had doubts from the beginning about their ability to complete the assignment — and those students who didn’t manage to go the entire 24 hours noted that they weren’t surprised by their failure to do so.

So what does this study remind us about business? Marketers and advertisers looking to increase brand awareness and loyalty, should strongly consider social media use. Having a better understanding of each social media method and how consumers use each service will result in providing more appealing content that will engage one’s target market in an effective and ongoing manner.