Package designers so often strive to be innovative and modern with their package design. Interestingly, some marketers and designers have been taking a different approach to their packaging by retracing their steps and going back to their old form. What are the benefits of vintage or throwback packaging? To remind consumers of rich tradition and lasting power I suppose. Striking up a little nostalgia to devoted customers reminding them of how long they’ve been committing to the same brand. Whatever the case, vintage packaging sure looks cool and looking at these old Star Wars figurines, I’m getting a little nostalgic myself. 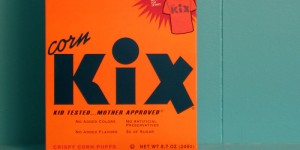 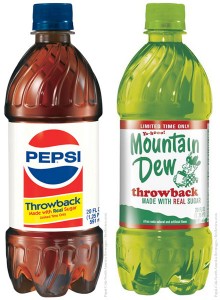 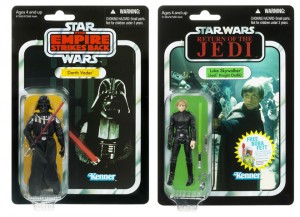 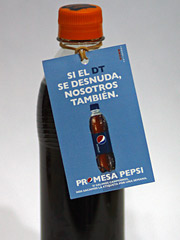 If Argentina wins the World Cup, Pepsi is going to make a change to its packaging. In fact, their cola bottle will be “Going nude” so to speak.

Argentina’s coach Diego Maradona said he would celebrate an Argentinean World Cup victory by running around naked in Buenos Aires. Pepsi then stepped up and announced that the company’s soft drink bottles would be sold for a week in Argentina with no label, baring all of its fizzy cola from top to bottom. To illustrate just what that would look like, Pepsi is running a print ad campaign this week in Argentina.

Though not a favorite, Argentina is not a long shot to win the World Cup soccer tournament either. Brazil and Spain are the favorites but Argentina star Lionel Messi gives the squad hope.