Cause marketing is nothing new, but it has been increasingly growing in popularity for companies to both give back to the community and to get their names out there.  It is seen as a marketing campaign, but the money used is not just being spent on promotions, it is being used to help others.  This makes cause marketing a truly great idea.

Just last month, Target’s “Bullseye Gives” campaign allowed Facebook users to go on Target’s Facebook page and vote for which charity (from a list of ten) that Target will donate $3 million.  Users were allowed to vote once a day, and the amount of money each charity was given was determined by the percentage of votes that they received.  Better yet, each time someone voted, it would show up in their newsfeed for all of their friends to see.  This is a tremendous word-of-mouth tool for praising Target and their acts of social responsibility.  Target’s “Bullseye Gives” campaign resulted in 167,000 Facebook users who came together to vote over 291,000 times.  Now that’s getting their name out there. 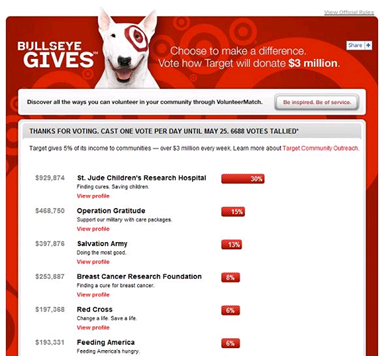 Target is not the only company that uses social media networks, like Facebook, to broadcast their charitable efforts.  Kraft also did well with their “Share a Little Comfort” campaign.  They offered to donate up to one million boxes of Kraft Macaroni & Cheese to needy families, depending on the number of “statuses” or “tweets” shared by users on Facebook and Twitter.

Using popular social media networks for cause marketing can really help companies get their name out there and give back to the community, but they must be careful as to not come off as spam.  If consumers think that you are just trying to sell more of your product and don’t actually care about the charities, your campaign will be a setback for your branding efforts.  But if you follow in these companies footsteps in finding the perfect mix of social media promotions and charitable donations, you could gain a considerable amount of customer and brand loyalty, while still knowing that you are helping others.<–>

When attempting to promote products for your company, you, as a marketer, must decide which marketing strategy would be the best bet for your budget.  Especially in the current struggling economy, marketers need to figure out what will be the most successful and cost-effective option. 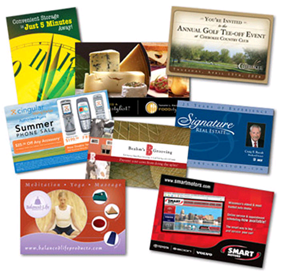 Sending out direct mail could be a very expensive option, especially in comparison to e-mail marketing.  All of the printing costs and shipping costs add up.  The question you must ask yourself is “Is it worth it?”  Does the return on investment outweigh the initial costs?  Also, the waste generated from direct mail does not make it the most environmentally-friendly option.  Although you can have your direct mail pieces printed on recycled paper with eco-friendly UV inks or renewable soy-based inks, there is no guarantee that the recipient will actually recycle the mail when they are finished.  There are benefits to direct  mail marketing campaigns.  They are able to gather a higher number of leads, compared to other marketing techniques.  They add a personal touch to your marketing campaign, and the recipients are much more likely to see a flyer or postcard, compared to an e-mail that can be deleted without even opening it.  A custom design CD/DVD mailer could attract more attention and the recipient might spend a longer amount of time looking at it. 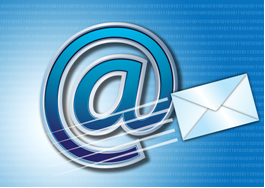 E-mail marketing strategies are considerably cheaper than direct mail marketing campaigns, but they may not have as high of a return.  In fact, most e-mail service providers filter out junk or spam mail from being sent to the user’s inbox, and sometimes legitimate e-mail marketing subscriptions accidentally get flagged as spam mail.  There is a very small chance that the recipient will actually open and read the e-mail, even if they subscribed to the e-mail advertisements.  But if it does work, it can get out to a large number of people at little or no cost.

Both direct mail marketing strategies and e-mail marketing strategies have their advantages and disadvantages.  A campaign that has a mix of the two strategies could be very successful.  Direct mail pieces that are sent out should at least have a website on them that recipients could easily visit.  If there is no way that consumers could respond from the ease of their own home, without having to mail something back out, the response rate may not be very high.  This, in turn with e-mail marketing could increase your rate of response and online sales.