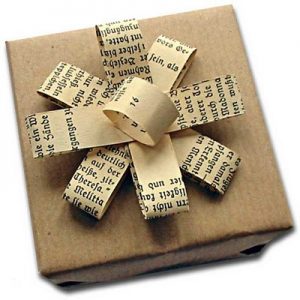 With the holiday season upon us, we should all learn a few basic tips that allow us to be more eco-friendly and produce less waste!

Facebook announced another eco-friendly effort to continue greening up its empire. They will have a new server farm located  in Luleå, Sweden. Because this location in Sweden sits in the freezing cold (the Arctic to be exact), the servers will be cooled naturally saving tons of energy.

With all of the activity on Facebook, its servers are working hard around the clock and produce a lot of excess heat. Traditionally, server farms require expensive, complicated air conditioning systems to prevent over heating. But when your servers are sitting in the Arctic, cooler temperatures will naturally create a cooling system. Facebook’s server farms span 175,000 square feet. It costs $75 million each year to run the servers in the Arctic. Imagine the costs of having a server farm in a warm climate- yikes! The Swedish server farm will also enjoy the benefits of the nearby Luleå River, which provides green and affordable hydro-electric power.

Luleå is in Northern Sweden and is as close to the North Pole as Siberia, and averages a chilly 35 degrees Fahrenheit year round.