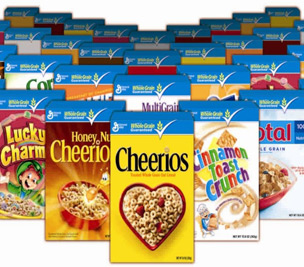 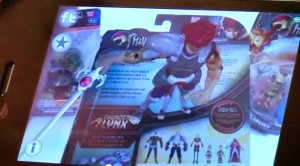 Earlier this year we shared Mashable writer, Matthias Garcia’s annual mobile marketing trends on the rise in our blog “Mobile Marketing Trends to Look for in 2012,” and one of those trends was marketing through augmented reality. This trend is already starting to make its mark in 2012 and can be seen courtesy of Bandai’s new Thundercats, Ben 10, and Power Rangers.

In this augmented reality package design, consumers who want purchase the product may use their smart phone or iPad  to bring the package to life via Aurasma’s augmented reality. Parents as well as kids are presented with a to-scale 3D animated image of the toy that they want to purchase. The benefit of this allows the consumer to see the product from all sides and angles without having to actually open the box.

“The toy industry is always looking for new ways to excite customers so we are thrilled to be the first partner of this pioneering 3D technology creating 21st century window shopping,” said Darrell Jones, Marketing Director at Bandai.

“Parents will now have to remember not to throw away the packaging which, thanks to Aurasma, looks set to become an essential part of the toy’s experience and something kids keep returning to.”

“Using new technology comes as second nature to kids today and whether using their parents’ or their own mobile phone, this imaginative partnership between Aurasma and Bandai will delight the whole family. And best of all, because Aurasma is free to download, it means that now pocket money can be stretched just that little bit further.” 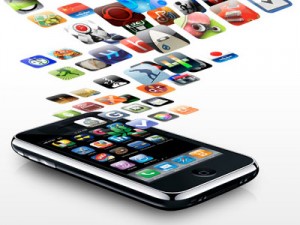 Mobile technologies are constantly being created to bridge the gap between the digital world and reality. In the past few years, digital marketing has become a way to engage consumers with a brand through their phones and this year will be no exception.

Matthias Galica, contributor to the social media news website, Mashable, recently shared with readers what he felt would be the top mobile marketing trends in the year 2012. Here’s a rundown of his predictions and what he thinks will be “the good,” or the benefits to each new technological platform. If you are unfamiliar with some of these new media terms, we will provide a definition to help you gain some more insight for what this next year may hold.

Quick Response (QR) Codes Will be More Prevalent
QR codes seem to be everywhere these days, and don’t expect that to slow down any time soon.

Definition:  A QR code is a type of bar that is designed to be used for smart phones or other electronic devices that have a camera. Many modern smart phones have the ability to interpret a QR code. The amount of information on a QR code is much more than a standard UPC-style bar code. A QR code can direct users to websites and to other online information.

The Good: We will see the disappearance of non-standard formats, an exponential rise in the amount of devices that are capable of reading the codes, and a “steady march towards improved calls-to-action spurred by more accountable analytics.”

Definition:  It’s a complex idea, but simply put, it’s a new technology that blurs the barriers between reality and computer.

The Good: Mobile devices are becoming more capable exponentially, and a few successful AR campaigns have been able to capture mainstream imaginations. 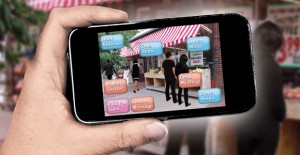 Near Field Communication
Definition: Near field communication (NFC) refers to a short-range wireless communication technology using radio frequency waves. The purpose of the technology is to enable communication or information to be exchanged between devices separated by a few inches. Examples of uses include:

The Good: New advancements in technology have hastened the competitions drive to create mobile marketing opportunities that give consumers the ability to swap SIM cards for NFC in lieu of upgrading the device entirely. NFC campaigns will appear in along side with QR codes. 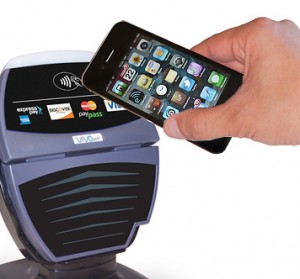 The Field (Everybody Else)
“QR, AR and NFC are getting all kinds of buzz, but a healthy contingent of other contenders is also vying to close the loop. Given the wide spectrum of opportunities in offline-to-online engagement, it’s not inconceivable that multiple technologies can succeed across mutually exclusive consumer behaviors.” – Galica