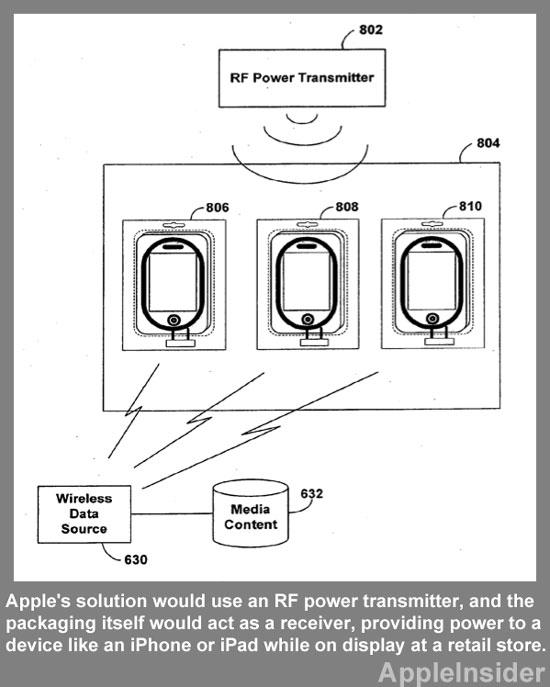 Apple recently filed a patent that was discovered by Apple insider which reveals the Cupertino company’s interest in providing wireless power to Apple devices on the store shelves. This means that while iOS products are on store shelves while still in their packaging they will receive power to charge them and be fully operational when taken out of the box to be displayed and interacted with. This feature will also allow employees of the Apple store to provide software updates to the devices within the store while being able to keep the product sealed.

Called the “Active Electronic Media Packaging,” the patent details how the active packaging system would replace all labels and advertising that is commonly found on packaging. This would allow the product to sell itself by letting users interact with the it while it is still in the packaging. The patents description states:

The idea is definitely new to packaging, but as one website, Ubergizmo, points out, “Apple stores have plenty of demo units on the floor for customers to experiment with. Not to mention that iOS devices usually come with some battery left in them when taken out of the box.”

So readers, what do you think about Apple’s latest patent? Do you think it will prove valuable to Apple and iOS devices, or do you think the devices would be fine without wireless capabilities while on the shelf?

Anticipation, impatience, and excitement are just some of the emotions that Apple wants its customers to feel as they are about to open their brand new Apple product. Many of us know that the packaging that holds our new product is great, but what many of us do not know is how serious Apple is about keeping its packaging a secret by lock and key.

Apple clearly cares about creative, well-designed packaging, and with each new product there are countless details that make the packaging special and unique. Every Apple device comes in an elegant, simple-to-open box that makes us feel as though we are ruining a masterpiece by tugging it apart. The experience in opening an Apple product is unlike any other experience, which is exactly the feeling that Apple wants.

This, and other inside details of Apple were recently revealed in an advanced copy of Adam Lashinsky’s book, Inside Apple.

According to the book, Apple has a secret room that is accessible only by security badges that is dedicated to hundreds of different kinds of prototype product packaging options for Apple products such as the iPad.

“To fully grasp how seriously Apple executives sweat the small stuff, consider this: For months, a packaging designer was holed up in this room performing the most mundane of tasks – opening boxes,” NetworkWorld’s iOnApple blog quoted from Lashinsky’s book.

Apparently, packaging designers open every prototype box to test the positioning of the invisible stickers stuck to the top of iPod boxes. Lashinsky explained that the invisible tape must be placed exactly every time.

Late co-founder, Steve Jobs, who passed away in late 2011, took packaging very seriously because he wanted Apple customers to have the complete experience with the product and wanted customers to feel a certain emotion upon opening Apple products to add to the Apple mystique.

Unlike other technology companies, Apple’s package design have sophisticated utilization of white space. MacRumors quotes Jonathan Ive, Apple’s senior vice president of industrial design, from Walter Isaacson’s bio on Steve Jobs: “You design a ritual of unpacking to make the product feel special. Packaging can be theater, it can create a story.”

Be sure to check out this video courtesy of Mashable: 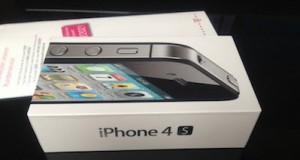 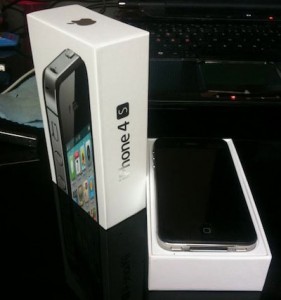 With the passing of Steve Jobs this week, the world lost an incredible person. Sunrise Packaging would like to pay tribute to Steve Jobs by highlighting something that might go unnoticed in the next few weeks; Apple’s innovative packaging.

It’s no doubt that Steve Jobs was a genius and a visionary. His simple yet innovative designs for Apple products have always been cutting edge. But the sleek designs didn’t stop there. Apple certainly focused on details in the packaging of their products as well with Steve Jobs at the helm. Apple packaging is the icing on the cake of their one-of-a-kind consumer experience that no one in the industry can match.

RIP Steve Jobs- you truly will be missed. 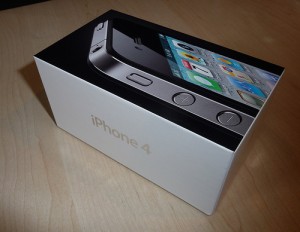 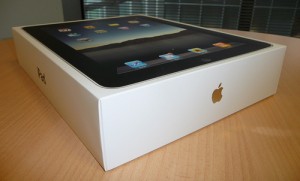 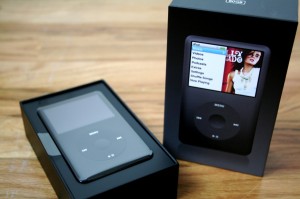 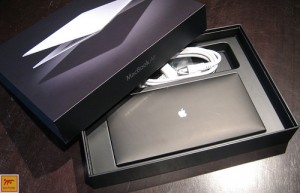 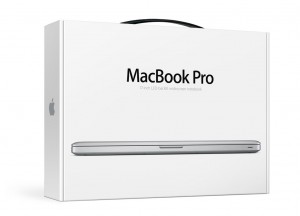 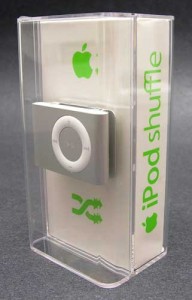 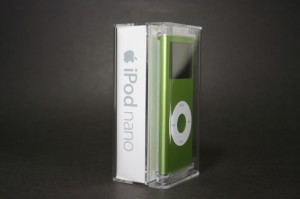 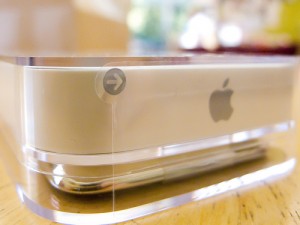 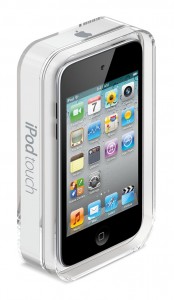 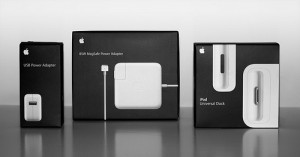 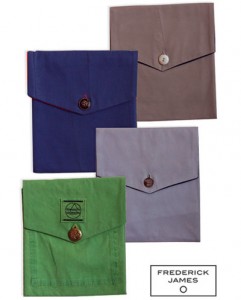 The iPad case collection called “The Bernie Madoff” uses a limited number of personal clothing items belonging to the notorious felon, Bernie Madoff. After his arrest, US Marshalls seized and auctioned thousands of items from his New York homes. Each iPad case is one-of-a-kind and they range in price from $250 to $500…..Wait, how much does an actual iPad cost? $500? Ok… Founder John Vaccaro warns purchasers that the cases are strictly for fashion use and should not be trusted to keep an iPad safe in the case of a drop.

And if you’re wondering “Who is that guy?”, Bernie Madoff is the admitted operator of what has been described as the largest Ponzi scheme in history. He was sentenced to 150 years in prison in 2009. 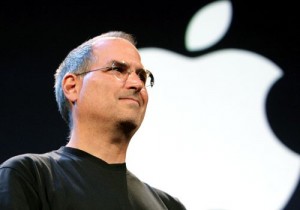 Lets not kid ourselves. The iPad is a consumer product. Using them we surf the internet, watch videos & movies, play games, view
photos, etc. But iPads are also becoming a great tool for businesses. Here’s 5 great uses in particular that are making iPads a viable business tool.

1. Filling out forms– The iPad is great for managing documents. Filling out forms and signing documents is made easy with some great apps out there. An Easy Sign app actually let you email a document, image, or PDF and then affixing a signature on it. The signature can be freshly signed on the document right on the iPad itself. The app also lets you insert text fields for adding dates, names, addresses, and checkboxes.

2. Accepting and Processing Payments- There are now apps out there that turn your iPad into a full credit card terminal. This allows businesses to sell merchandise, tickets, and other goods anywhere. 3 great apps for processing payments are Intuit GoPayment and VeriFone’s PAYware Mobile.

3. Presentations- iPads are a great tool for presentations. Displaying graphs and charts are slick. iPads have a VGA or HDMI adapter allowing users to run presentations directly into a TV or projector. iPads are also excellent for one-on-one presentations with clients.

4. Web Conferencing– Thanks to apps like WebEx and GoToMeeting, iPads are making web meetings fast and easy. The iPad 2 has both front and rear cameras so users can connect with others using video chat.

5. Collecting Data- Bento is an iPad app that is a wonderful tool for small businesses to create manageable databases and collect data. With Bento, you can create a digital guest book project for an event where guests simply sign in leaving their contact info. After gathering the data on your iPad you can create databases that can be used for your marketing efforts for the future. 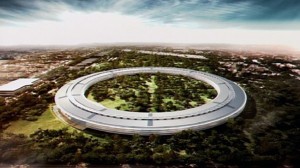 “Apple’s been growing like a weed” said Steve Jobs, the charismatic CEO of Apple Inc. And that is precisely why Jobs announced plans of Apple pursuing a new eco-friendly home in northern California to house approximately 12,000 employees. The company’s existing headquarters, which accommodates about 2,600 employees, has forced Apple to rent space in smaller buildings scattered throughout Cupertino, located nine miles west of San Jose.

The spaceship donut-like structure that Apple is looking to build will be set on a proposed 150 acre campus. The huge circular structure will be made almost entirely of curved grass with a heavily landscaped center. Steve Jobs has hired Stanford University’s senior arborist to make the campus 80% landscaped.

Other eco-friendly characteristics of the new project were a natural-gas-fired energy center that would serve as the new headquarters’ main power source. Most of the parking will be underground to create space for thousands of additional trees on the property.

The new site will allow Apple to increase its workforce and consolidate in one location. Jobs hoped to submit formal plans for the new Apple headquarters soon with the goal of moving in by 2015.

So what do you think of this thing? Quite futuristic I must say. 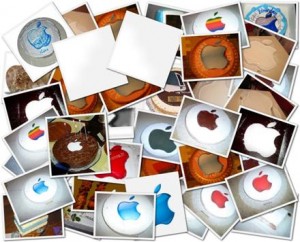 Yesterday, Apple released new versions of the iPod Nano, iPod Touch and iPod Shuffle. Along with the release and a host of new features on the iPods came new packaging as well. The previous packaging has been revamped in transparent rigid plastic cases that give a ton of visibility to the products. Other than that, it’s the same clean classy look that Apple is known for in their products and packaging. 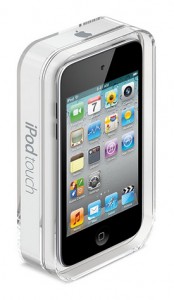 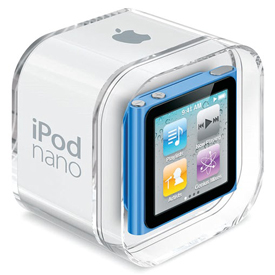