According to the New York Times, many studio

companies are now using DVD cases that are smaller and lighter in weight to reduce their environmental impact, as well as save on costs.

Warner Home Video, the largest distributor of DVD entertainment, just started releasing all of its new and library titles in cases with 20 percent less plastic.  Some feature a thin layer of plastic, while others have cutouts in the walls.  One of 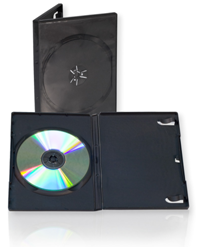 the main forces is to lessen the load on the environment; it will reduce Warner’s home entertainment division’s carbon emissions by 31 percent.  Not only do these improvements help the environment, but they also cut costs for companies by using less raw materials and by spending less on shipping.  Companies are looking to save money wherever they can, especially in this struggling economy. 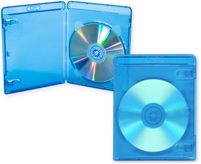 also coming up with their own green home entertainment ideas.  And don’t forget that Disney, Century Fox, and Sony were the ones to really push the shift to Blu-Ray discs, in which cases have a 30 percent smaller impact on the environment.

Using lighter DVD packaging helps the environment by reducing waste and carbon emissions, while still storing and protecting your DVDs.  And don’t forget about the money you’ll be saving on raw materials and shipping!

Lighter DVD packaging could include DVD cases with cutouts in the walls, Blu-Ray cases, slim DVD cases, c-shells or square-shells.