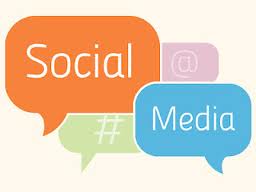 When you think of social media, you usually think of the younger generation. Recently in an article by Cathryn Sloane, she wrote about why every social media manager should be under 25. Here is what Sloane said, “You might argue that everyone, regardless of age, was along for the ride, or at least everyone under the age of 30,” she wrote in her piece. “I’m not saying they weren’t, but we spent our adolescence growing up with social media. We were around long enough to see how life worked without it but had it thrown upon us at an age where the ways to make the best/correct use of it came most naturally to us. No one else will ever be able to have as clear an understanding of these services, no matter how much they may think they do.”

One point that is made in response to Sloane’s article is that over half of all Facebook users are over the age of 25. Social media is said to be all about communicating. With the outlook of only under 25 year olds should be social media managers is sort of like saying anyone over 25 does not know how to communicate.

In my perspective, being under the age of 25, I believe it matters who manages your social media depending on what sort of business you are involved in. If you are a company that focuses on a special niche of customers you do not really want some under 25 year old managing your social media. You would want someone who is an expertise and knows what you are looking for. But then again getting a fresh professional in gives the company a new perspective. Social media is all about personality and I do believe that individuals under 25 have an easier time creating personality via social media outlets. This is because they are more opt to knowing trends and other important factors. Overall, it depends on the company itself and what kind of message they are trying to perceive.