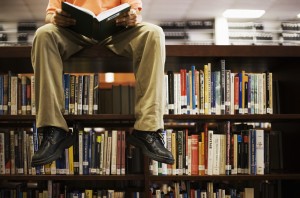 Speculation of the demise of public libraries has been a talker over the last handful of years. With everything going digital (music, movies, books) it was at least clear that if libraries were going to make it through this transitional period, they would have to be willing to change with the times. The widespread opinion by many was that libraries wouldn’t survive long term but would start to see a decline in overall patronage. If that is the case, we’re not seeing evidence of this yet.

Take Wethersfield Library in Connecticut for example. According to their library director, overall patronage last year increased. More than 193,000 people visited the library in 2010- an average of 550 visitors each day. That’s a 4.5% increase from the previous year.  Quite an astonishing number considering what libraries are apparently up against. In addition to their physical visits to the library, 180,500 people visited the library’s website.

In the past year, Wethersfield Library also had 54,800 questions to reference staff (18% increase from the previous year) and borrowed 363,900 items from the library to patrons. 17,00 people attended programs offered by the library, ranging from job-hunting support groups to children’s reading events to movie screenings.

The increased use is similar to increased patronage in other libraries nationwide. The American Library Association has noted that since the recession began, libraries across the country have seen increased use by people who have fallen on hard times or who are seeking jobs and visit libraries to use the free computer to look for work and apply online.

Seemingly, the recession has had a big hand in these nationwide increases for libraries. For example, people have been dropping magazine subscriptions to save money while going to their local library to borrow magazines. While the economy might be a temporary explanation for these increases, it will be very interesting to see where the state of the public library is in another 5-10 years, assuming we climb out of the recession.