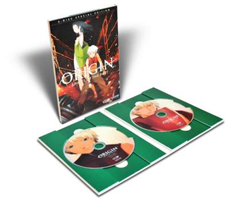 There is an increasing demand for environmentally-friendly products. Many artists and record companies have been working to meet this demand for their products. The most environmentally-friendly option may be iTunes, which is to purchase the albums as digital files. But many customers would still prefer to physically own the CD and album artwork to have as their own. This brings the need for eco-friendly packaging.

Pink Floyd guitarist, David Gilmour, released his first carbon-neutral CD in 2006, “On an Island”, which was Columbia Records’ first album to be released under eco-friendly guidelines. The album was produced with biodegradable cardboard packaging, environmentally friendly inks, and water-based lacquer. They had to change the manufacturing process to reduce the amount of carbon dioxide released into the atmosphere. They also offset the carbon dioxide release by paying for alternative energy sources and planting trees. Columbia Records contributed money to a hydroelectric power plant project in China’s Sichuan province. 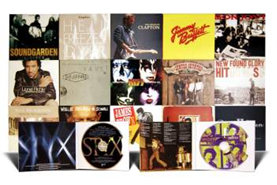 Many record companies are jumping on the eco-friendly bandwagon. This past spring, Universal Music Group released more than 20 CDs in Wal-Mart stores in recycled paperboard packaging. These CDs also included an insert that offered three free digital downloads. That insert could then also be used to plant wildflowers. Universal also released its Millennium Series in recycled packaging with biodegradable PaperFoam trays, which held the discs.

Sunrise Packaging can help make this possible. We develop creative packaging that is both recyclable and reusable. In order to create an eco-friendly album, we use environmentally-friendly inks, papers and glues for the cover artwork and apply it using biodegradable chipboard. The interlocking trays are made out of recycled plastic or a bio-plastic, which can then have 100% recyclable rings added to complete the album. Sunrise Packaging can give your product the added touch of creativity and offers the social responsibility of an eco-friendly product to attract new and existing customers.

(Pictures taken from Sustainable is Good).