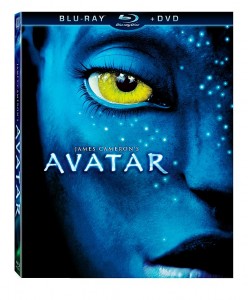 It’s the release of one of the most successful movies in history, Avatar. Some industry analysts think this movie will push Blu-ray sales in the same fashion that The Matrix pushed DVD sales. You can imagine how quickly the Blu-ray version has been flying off of stores shelves since its April 20th release. As sales have been through the roof, a little controversy has surfaced regarding the Avatar Blu-ray release.

1. The Packaging: Part of Avatar’s focus has been on environmental awareness. Choosing its release on Earth Day (April 20) the creators hoped to drive the message further. Even the film’s director James Cameron has been on Capital Hill recently talking about how his movie is a “Call to action” to protect the planet. Many bloggers and writers are finding the irony of Avatar’s Blu-ray and DVD releases not featuring  eco-friendly packaging.

Further, there are two additional releases of the film scheduled on Blu-ray in the next year. One coming up during the holiday season that will be loaded with extras and  special features and a 3-D version slated for early 2011. Critics are citing the waste that these three different versions will produce.

2. Required firmware updates: Avatar is not playing in every Blu-ray player. Why? The player needs a firmware update. So don’t run back to the store for a disc exchange. It’s actually quite common. According to a Best Buy service rep, the Avatar Blu-ray version would not work in 70% of the in-store Blu-ray players before the update. 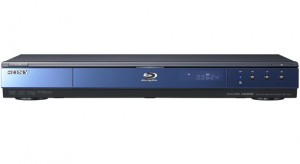 So how are consumers reacting? Well, many are annoyed. After all of the anticipation, consumers brought their new disc home to realize that it wasn’t as simple as popping it in and pressing play. Some Sony Vaio®  computer customers are experiencing the annoyance to a greater degree. Not only was the disc not playing, there was no update at the time so the customer had to wait it out. Sony released this statement back in April:

It has been discovered that the movie “AVATAR” in Blu-ray Disc™ format cannot be played on certain VAIO® computers. The issue is caused by an incompatibility between the WinDVD BD application by the Corel Corporation and the BD Plus encryption technology used on the AVATAR Blu-ray Disc™. We are actively working on a solution and apologize for any inconvenience. Please check back soon